Being Indifferent is an analog video loop consisting of two VHS recorders, two TV's and one camera. I was intrigued by the analog format of these recordings, being able to erase something for real, something not really possible anymore in the digital age. There are two VHS players/recorders that continuously loop one piece of VHS-tape between them. One of them is recording the live webcam registration on the piece of tape while the other one shows the recorded image on the TV. This allows the visitor to see themself not only now in time and space, but also thirty seconds ago. The performance of the viewer only lasts for a period of time before it get's erased.

I was interested in the medium SnapChat. The idea that you can capture and share something (which is clearly a necessity nowadays) but that also automatically 'erases' the thing you captured. At the same time it will never really ‘erase’ itself, as digital traces of this will always exist in the cloud and on someone's phone. I wanted to create a sort of analog snapchat. The effect is eerie when you just walk in, and on the top TV you see yourself live, on the other one the room is empty, as if you don’t exist. But a moment later you see yourself walking in and the effect of seeing yourself on screen is as conspicuous as always. During the show a lot of people ironically enough made selfies of themselves on these ‘old’ tv screens. 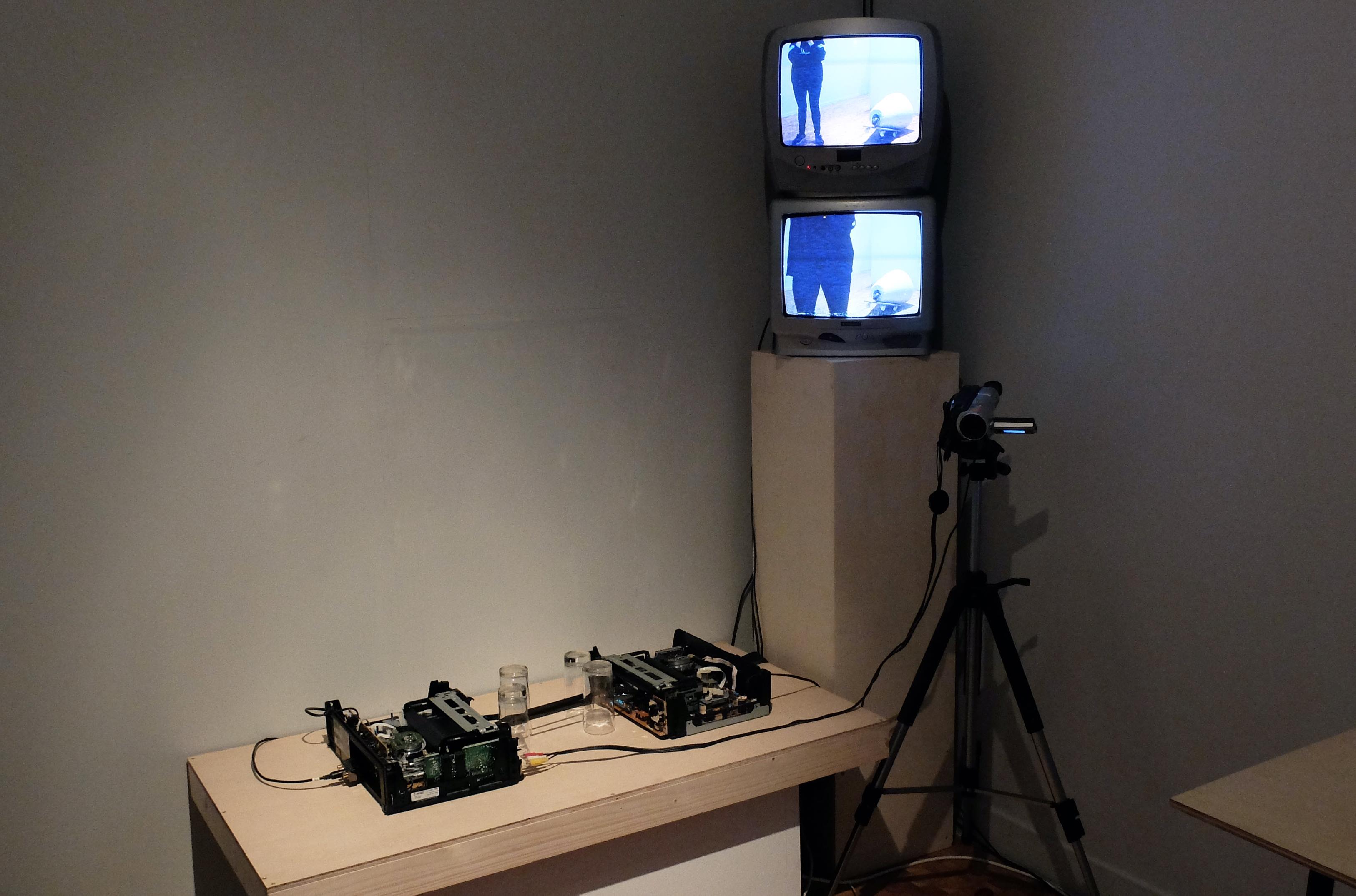 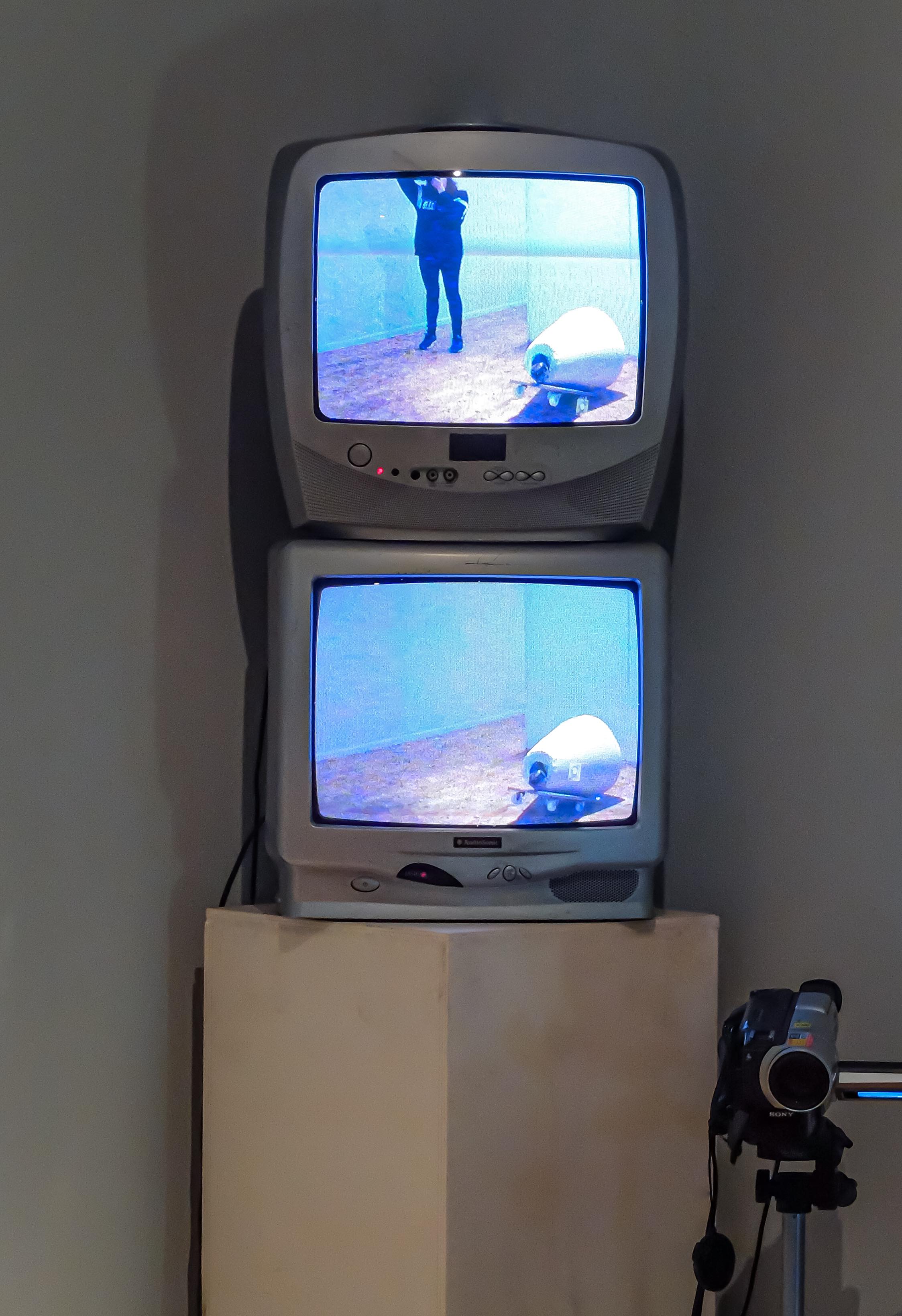